Jeffrey Douma is the Marshall Bartholomew Professor in the Practice of Choral Music at the Yale School of Music, and has served since 2003 as Director of the Yale Glee Club, hailed under his direction by The New York Times as “one of the best collegiate singing ensembles, and one of the most adventurous.” He also heads Yale’s graduate program in choral conducting and serves as founding Director of the Yale Choral Artists and Artistic Director of the Yale International Choral Festival. 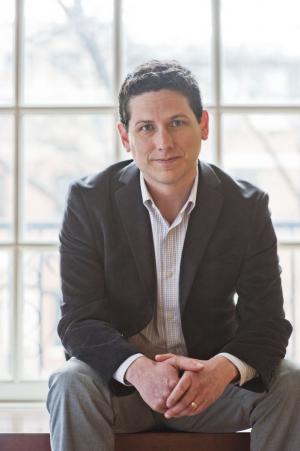 Douma has presented at conferences of the ACDA and NCCO, and the Yale Glee Club has appeared as a featured ensemble at NCCO national and ACDA divisional conferences. Active with musicians of all ages, Douma served for four years on the conducting faculty at the Interlochen Center for the Arts. He frequently serves as clinician for festivals and honor choirs. Recent engagements include conducting masterclasses at the China International Chorus Festival, the University of Michigan School of Music, the Jacobs School of Music at Indiana University, the Royal Academy of Music in London, the Hochschule der Künste in Zurich, the Florence International Choral Festival, and the Berlin Radio Choir’s International Masterclass, as well as residencies at the Central Conservatory of Music, Beijing and at Luther College as Visiting Conductor of the internationally renowned Nordic Choir.
An advocate of new music, Douma established the Yale Glee Club Emerging Composers Competition and Fenno Heath Award, and has premiered new works by such composers as Jennifer Higdon, Caroline Shaw, Dominick Argento, Joel Thompson, Paola Prestini, Ayanna Woods, Bright Sheng, Ned Rorem, Rodrigo Cadet, Ted Hearne, Hannah Lash, Martin Bresnick, David Lang, Derrick Skye, Rene Clausen, Bongani Magatyana, and James Macmillan. He also serves as editor of the Yale Glee Club New Classics Choral Series, published by Boosey & Hawkes. His original compositions are published by G. Schirmer and Boosey & Hawkes. A tenor, Douma has appeared as an ensemble member and soloist with many of the nation’s leading professional choirs.

In 2003, Douma was one of only two North American conductors invited to compete for the first Eric Ericson Award, the premier international competition for choral conductors. Prior to his appointment at Yale he served as Director of Choral Activities at Carroll College, and also taught on the conducting faculties of Smith College and St. Cloud State University.
Douma earned the Bachelor of Music degree from Concordia College, Moorhead, MN, and the Doctor of Musical Arts degree in conducting from the University of Michigan. He lives in Hamden, CT, with his wife, pianist and conductor Erika Schroth, and their two children.
Additional NavigationClose