The Yale Glee Club is one of the world’s most traveled collegiate choruses.  It has appeared before enthusiastic audiences in every major US city and abroad on six continents.

In March, the YGC will travel to Florida for 2 concerts and then on to join the Yale Alumni Chorus and the Yale Alumni Service Corps in Puerto Rico for a concert and humanitarian tour of the island. 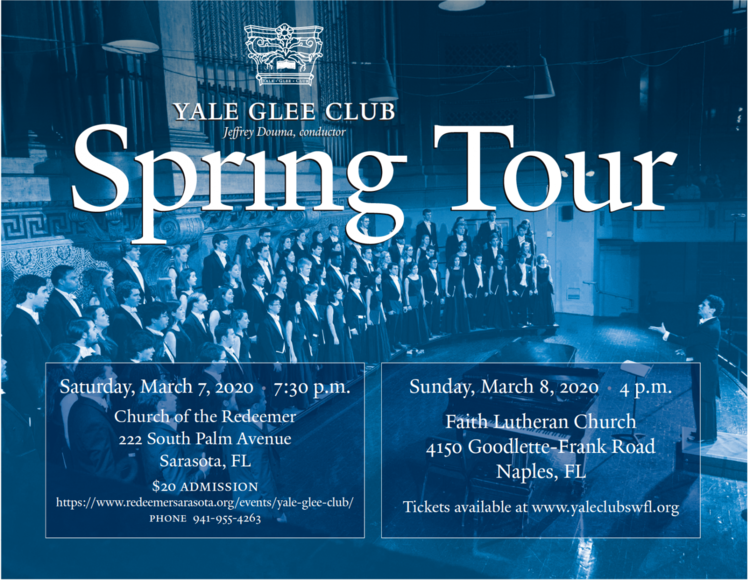